Ummah and Fitrah to Love Each Other 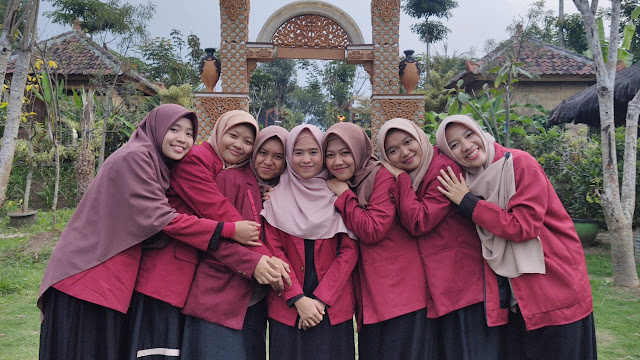 Al-Qur'an is a life guide that can be a solution for every human being. The Qur'an is also able to transform people who live in ethnic groups (qabiliyyah) into a cosmopolitan society (ummah).

So what exactly is meant by the ‘ummah’?

The word ummah comes from Hebrew which basically means love (saint lover). Then in Arabic the word ‘umm’ means mother. This is because it is based on the character of mother who has a sense of love.

The word alif-mim forms the word amam (leading, superior), imam (priest of prayer, leader), ma'mum (follower of the priest, the people), imamah (concept that regulates between the priest and ma'mum and the leader and the people). All of these concepts are collected in one term 'ummah’.

Prophet Muhammad SAW was the first human being to popularize the term ummah as the name of a community in the Arabian peninsula. There are at least five components that are immortalized in history as the embodiment of the word ummah which forms a community building.

1. People who are gathered in a deep bond of affection.

2. Have a humanitarian and future-oriented vision.

3. There is a priest or leader who is authoritative and respected.

4. There are ma’mum or people who are critical and polite.

Muslims Who Love Each Other

The real thing that muslims need the most is unity. Muslim unity that strengthens each other. Meanwhile, unity will not be created without love and affection. Loving and caring for each other is obligatory for every muslim. Even the Prophet has warned that loving  every muslim is equivalent to loving yourself.

Love is something that exists in humans (fitrah). Love is not something that is taught, because it has been inside every human being. The thing that needs to be done is to grow and optimize it. After that, love itself will appear in the act of goodness in everyday life.

The whole fitrah must be in harmony with nature and life. Muslims who are aware of their fitrah will be able to contribute to various elements that exist in nature (flora, fauna, energy, water, water (atmos), soil & land, local advantage and ecology). They are also ready to provide benefits to life (social reality, local genius, economy & business, tradition & culture, local innovation, history and local wisdom).

When a Muslim realizes the power of love is in himself, then he will be able to manage it properly and appropriately. Muslims who are aware of their existence are certainly more important than Muslims who do not understand. The main key is in the location of awareness and a strong will to give the best.

If every Muslim is able to cultivate them fitrah of love, then the unity of the ummah will become a necessity. The next task for Muslims is to take advantage of existing natural resources for life.

Posting Komentar untuk "Ummah and Fitrah to Love Each Other"